Chiuba Obele on Being Black in Brookline, and Why He is Suing the Police Department

-Alexanda Ocasio-Cortez, on what an America with defunded police looks like.

“Brookline was one of those places I was told that if you visited, you better be prepared to be stopped by police.”

I wrote the following story after a fellow mental health professional posted about frustration towards the town of Brookline for its handling of two Black residents’ reports of experiences with institutional racial violence. After reading an article about the importance of The White suburban response to Black Lives Matter, and after reflecting on the history of redlining in Boston, I realized that covering allegations of racism in the predominantly White, affluent town of Brookline serves a unique purpose. Understanding how predominantly white towns respond, both through action and inaction, to the presence of Black people, people of Color, the oppressed and the disenfranchised, is crucial to dismantling White supremacy and to challenging institutional power, in general. And listening to the stories of victims and survivors of racism is a fundamental element of antiracism work. To this end, the following article details the experiences and efforts of some residents and leaders of Color in Brookline, with a central focus on one young man…

“I was warned about this ever since I was a kid,” explains Chiuba Obele, a young Black man and current Brookline resident. Nonetheless, Obele, now 29, admits that he often doubted the chances of being racially profiled by police. Growing up, he heard things like ‘oh yeah, you don’t wanna go to Brookline unless you have a good reason to be there.’” Well, several years ago, Chiuba found his reason to be in Brookline. He met his girlfriend Helenie, a resident of the town, at a police reform conference for clergy in the Boston area, and they quickly became friends. And it was back in 2017 when, while Obele was visiting his girlfriend, he accidentally set off the alarm in her house. When an officer arrived, Obele expected that he would clear things up quickly. “But [the officer] questioned me aggressively after I triggered the alarm; he had me searched and yelled at me to put my hands against the wall and searched through my belongings, and then he ended up confiscating my wallet.” Obele also alleges the officer “called me a goldigger, and said ‘I don’t know of too many black men dating white women like her, unless they’re trying to get inheritance money.’” Obele says that the same day he filed a report against the police, someone filed a report to elder affairs saying he was misusing his girlfriend Helene’s finances. Obele believes he was the victim of retaliation of some sort.
Regarding tripping the alarm, he reflects: “you know, when that happens, the police are supposed to be understanding, and you know, all you have to do is apologize and say, 'oh, my bad.' But, you know, the officer refused to believe my story. He expected that I was up to no good.” Now, as the three year statute of limitations is fast approaching, Chiuba is representing himself in a case that he has filed against the Town of Brookline and the Brookline Police Department. Obele is alleging several counts of unlawful police harassment and failure to respond appropriately to what Obele claims was a false police report filed by a tenant of his girlfriend’s. Obele’s suit against the Department alleges “a pervasive pattern of racial harassment by Brookline”, which has a popular reputation as a leader in implicit bias training and mental health awareness. Obele notes that “police harassment is on a spectrum,” and that while he was not beaten, the humiliation he experienced is too common for many Black people who come into contact with law enforcement. 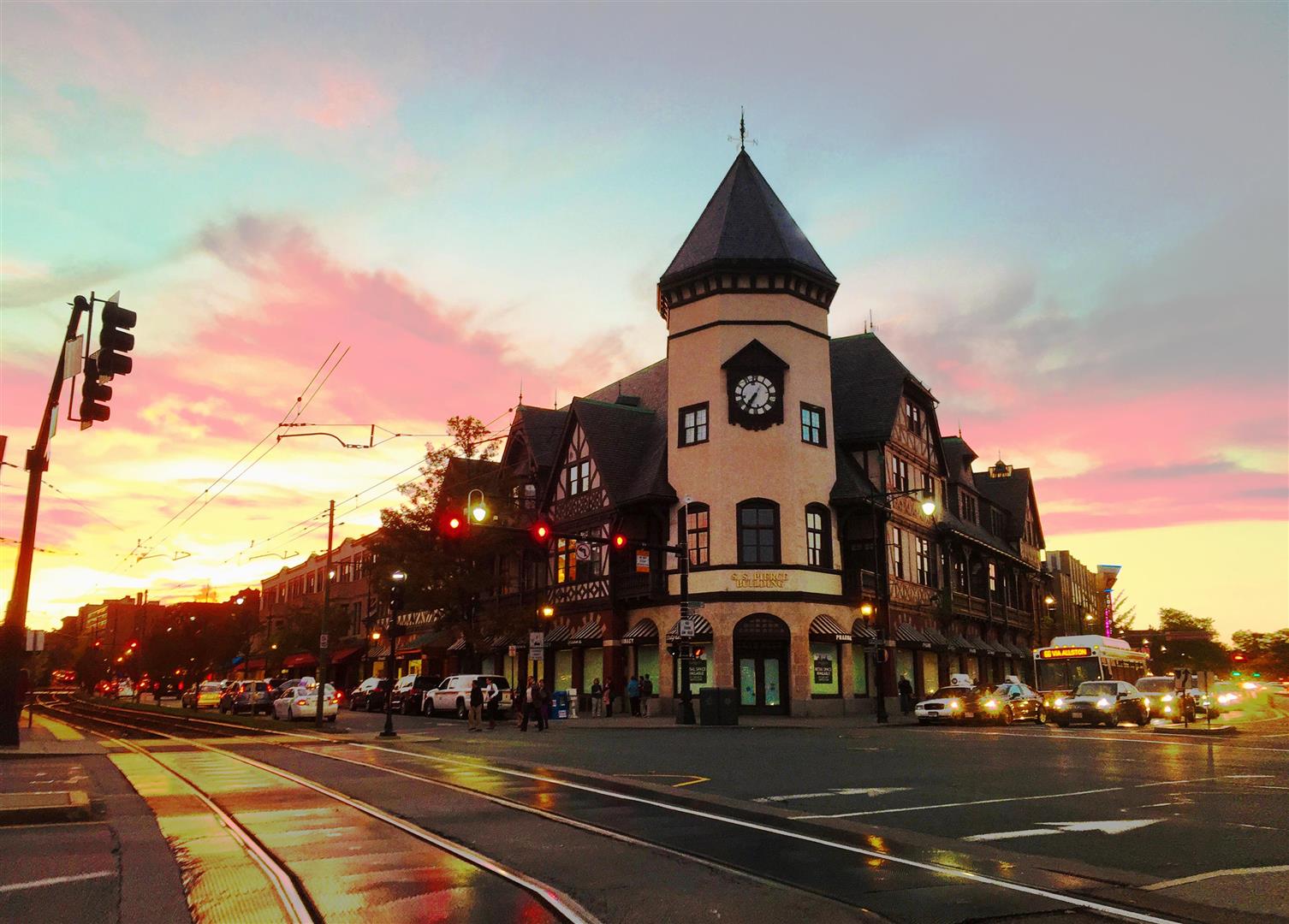 Racism in Brookline, and the Future of Reform

Brookline’s police department has been recognized by many in the community for its accomplishments related to instituting implicit bias training, allying with mental health workers, and adopting training programs for people with autism. However, within recent memory Brookline has come under fire a few times for its handling of allegations of racial discrimination at the institutional level. Two officers of Color settled with the town after coming forward with complaints about systemic racism that they encountered in the police department. Then, there is the infamous case of Gerald Alston, Jr., a former firefighter who for almost 10 years has been fighting in court to secure a reinstatement of his position accompanied by proper institutional reform within the department, following receiving a voicemail from a superior with a racial slur. Alston has been a polarizing figure in local racial politics, with many characterizing him as stubborn and unwilling to take part in department attempts to extend the olive branch. 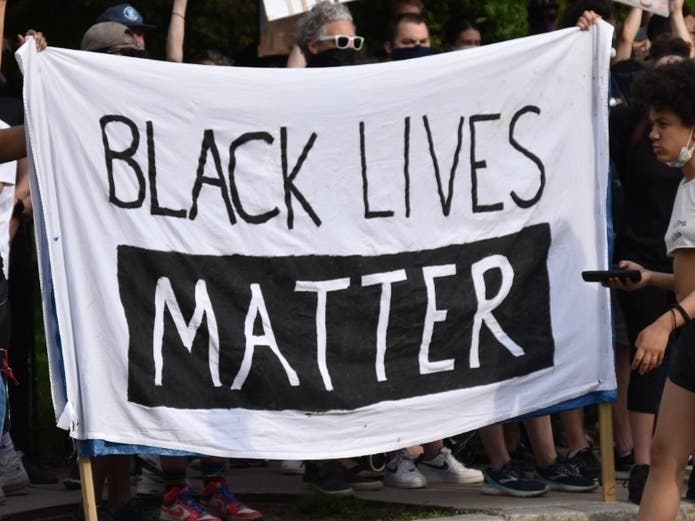 "They are basically giving us symbolic gestures, but not giving us the real radical reform that we need."

With hundreds marching on June 5th, in Brookline in support of Black Lives Matter, and the Town Hall recently hoisting a Black Lives Matter banner, Brookline appears to be responding to the national call for racial justice. But will this translate into coordinated antiracist action and reform for the town? Local groups are hosting events to center Black Voices, such as this Saturday's healing arts event and sit in protest titled ["Humanizing Black Voices," hosted by Wake Up Brookline! The event will reportedly make public demands of the police department, including a call for defunding. Meanwhile the Select Board, the town’s executive governing body, recently voted 4-1 against Board member Raul Fernandez’s proposal to reallocate 6% of the police department budget toward housing, education, and diversity efforts. Though the Brookline police department has historically celebrated its reform efforts, Fernandez is pushing more aggressively. He recently published a piece on medium outlining rigorous reform recommendations, including the establishing of “a diverse and transparent” independent task force for police accountability. Fernandez and Obele both have emphasized the importance of body cameras and dashboard cameras for the Brookline Police.

Obele is open about what he sees as a disparity between symbolic displays of solidarity with a town’s displayed resistance to reform:

I know they put up a Black Lives Matter Banner on the Brookline Town Hall, but so far they haven’t done enough. And I’m really disappointed with the Select Board for talking the talk, but not walking the walk. They are basically giving us symbolic gestures, but not giving us the real radical reform that we need.

And one person who deserves a seat at the table of Brookline’s quest for racial justice reform, according to Obele, is Gerald Alston, Jr. “He needs justice, and I feel that if we’re gonna talk about inclusion and Black Lives, [the Select Board] needs to end the appeal, they need to reinstate him. The Select Board needs to apologize [to him]. And to everybody who’s been discriminated against the by the fire department and police department.” The Select Board has received pressure by local activist groups such as Brookline Budget Justice, and Brookline United Against Racism who are pushing the Select Board to vote this Tuesday against appealing a state judge’s ruling consistent with a Massachusetts Civil Service Commission suggesting that Gerald Alston, Jr. be reinstated. Some are calling on two select board members to recuse themselves from the vote due to conflict of interest [Bernard Greene and Nancy Heller were reportedly named in Gerald Alston's suit]. When reached for comments, only Chairman Bernard Greene replied, saying:

I am unaware of any conflict that would prevent Select Board member Heller or me from deliberating and voting on a motion pertaining to the Town's civil service appeal. Judgment was entered in our favor on April 2, 2020 in Mr. Alston's federal lawsuit, and neither of us are defendants in the civil service appeal. 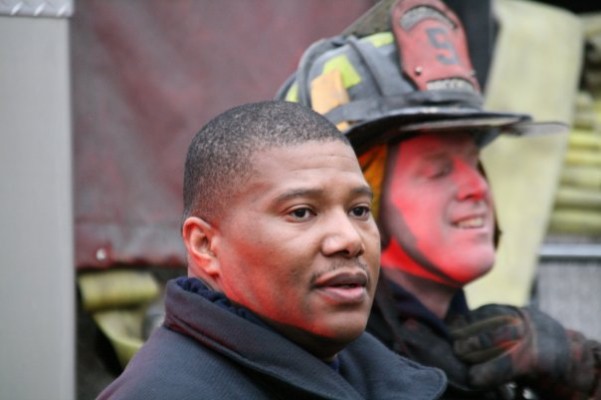 Regarding his own case, Obele says that he needs people “to use their voice to talk to the Select Board of Brookline, and ask them to bring in an independent investigator. If the town wants to get to the bottom of this, they need to bring in a third neutral party and outside expert to look into my allegations.” Obele declined Brookline Department’s offer to participate in an investigation of the three officers, saying that he wants the investigation to be unbiased and free of conflicts of interest. “The police department (of Brookline) has never upheld or sustained a charge or complaint of discrimination against a White police officer in all their history,” Obele reflects. “And I don’t think our complaints about police misconduct are honestly investigated and addressed.”

Stephen Grigelevich can be reached for questions or comment at sgrigelevich10@gmail.com.